Harvard University is the oldest university in the US, established in the US in 1636 before America got its independence from England. The name Harvard comes from the college’s first benefactor, the young minister John Harvard of Charlestown. Upon his death in 1638, he left his library and half his estate to Harvard.

Harvard’s reputation precedes itself as it is highly regarded for is scholastic pedigree and utmost selectivity. A study found Harvard accepted 36% of legacy students for the incoming freshman of 2018. Being a child of an alum, with good academics and extracurriculars, goes a long way in Harvard admissions. That is not to say that students without legacy are not admitted. Harvard-bound students must exemplify excellence.

One of America’s most respected academic and sought-after (by students and faculty) institution, Harvard offers groundbreaking research opportunities to committed and curious scholars. With the university receiving the largest endowment in the world, students have all the resources they need to fulfill their academic and personal potential.

Harvard is made up of 13 schools and institutes, including the top-ranked Business School and Medical School and the highly ranked Graduate Education School, School of Engineering and Applied Sciences, Law School, & John F. Kennedy School of Government.

HARVARD COLLEGE, the college of undergraduate studies, follows a 375-year tradition of educating leaders in every field, offering a personalized liberal arts education, based on individual achievement, collaboration with peers and scholars, and an environment that fosters intellectual risk-taking. Studies at Harvard aims to pique the student’s curiosity, supports their career goals, or prepare them for graduate study.

When applying to an institution, it is important to look at the academic information of previous applicants. This includes the SAT/ACT test scores, SAT Subject test scores (if available), GPA ranges, or class ranking. By looking at these data points, you may assess where you fall and how likely is your admission into this college. Please note, there are students who do fall below the middle range and are still admitted, but then their application has one or more factors that boosts their application, such as a special talent, a recruitable athlete, legacy, racial or socioeconomic minority. Use the chart below to see where you fall and if you may raise your test scores and grades to keep your application in the running.

According to US News & World Report, Harvard University is ranked #2 in National Universities. Schools are ranked according to their performance across a set of widely accepted indicators of excellence. Please check their website to read up on these indicators. We are using US News for its popularity, but by no means should they be the only source in determining your “best fit” college. Your best fit colleges should be determined by your academic goals, your personality fit, and financial considerations.

History:
Harvard is the oldest institution of higher education in the United States. Harvard was founded in 1636 colonial America by the General Court of the Massachusetts Bay Colony. The school was initially created to educate members of the clergy, according to the university’s archives. Harvard is named after a Puritan minister – John Harvard – who, in 1638, left his 400-book library and half of his estate to the young school. The first commencement ceremony at Harvard, held in 1642, had nine graduates.

Housing:
As a first-year, you will live with your classmates in or adjacent to Harvard Yard, the University’s historic hub.

Other Awards by US News:
#2 in National Universities, #34 (tie) in Best Undergraduate Teaching,
#2 in Best Value Schools

Motto:
Veritas, Latin for “Truth”. The Harvard Campaign is designed to embrace the future and to ensure Harvard’s leadership as it approaches its fifth century of education and inquiry in the pursuit of enduring truth.

Naming:
The name Harvard comes from the college’s first benefactor, the young minister John Harvard of Charlestown. Upon his death in 1638, he left his library and half his estate to the institution established in 1636 by a vote of the Great and General Court of the Massachusetts Bay Colony.

Sports Goal for Harvard athletes:
Principled Leadership, Academic Integration and Competitive Excellence. Athletics at Harvard builds community through the engagement of students, faculty, staff, and alumni, and creates a portal through which neighboring communities can enjoy the Harvard experience. Rivalry Against Yale: Harvard is infamous for having an annual football matchup against rival Yale.

The mission of Harvard College (Undergraduate school) is to educate the citizens and citizen-leaders for our society. Harvard does this through our commitment to the transformative power of a liberal arts and sciences education. The majors or concentrations called at Harvard are divided into 4 major departments: Arts & Humanities, Social Sciences, Sciences & School of Engineering and Applied Sciences.

Harvard X:
is a University-wide strategic initiative, enabling faculty to create open, online courses for on campus and global learners and advancing research in the learning sciences. To date, HarvardX has engaged more than 170 faculty across 10 schools, producing more than 100 open online courses with more than three million unique course participants. A leader in advancing the science of learning, HarvardX and VPAL Research have produced more than 70 research publications and two major benchmark reports on MOOC learner demographics and behavior.

Harvard Library:
Widener Library is the largest University library in the world, with holdings of 17 million volumes. The library is in honor of Harry Elkins Widener, class of 1907. Harry was an avid collector of rare books. Harry was returning from his trip to purchase more volumes on the Titanic with his parents. Unfortunately Harry and his father did not survive. Mrs. Widener survived and dedicated this library in honor of her son Harry. The library also houses 3300 of Harry’s priceless books, including the Gutenberg Bible (1 of 14 in existence).

Student Life:
Extracurricular activities can form a vital part of your experience here at Harvard, creating unique opportunities for friendship and learning. Students have ample opportunities to enjoy the arts, culture, and entertainment of Cambridge and greater Boston (minutes away). At the heart of the student experience are the Harvard Houses—communities where faculty, students, and graduate students live, learn, and work together. These multigenerational communities provide personal and enriching interactions that shape students both intellectually and socially. First year students live in and around scenic Harvard Yard.

Day 5 • Applying to Harvard? Be Collegebound with IvyBound

Looking at first-time, Freshman Applicants, For class of 2022:
Admission Rate:
4.7%, including early applicants

Waitlist:
63 students were admitted from the waitlist

Admissions into this prestigious University, Harvard University, is most competitive with the acceptance rate being less than 5%, and continues to decrease each year. With the increase of sheer number of applicants, how do you stand out and get admitted? If Harvard is one of the colleges on your list, use this invaluable worksheet to plan and prepare to apply to Harvard. 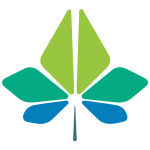 IvyBound Consulting is not associated with the Ivy League or any of its affiliates.

How the Coronavirus Affects Your College Admissions

COVID-19 or the Coronavirus outbreak has impacted our daily lives. I hope you and your family are safe and healthy. As schools have closed and our children are forced to learn virtually, the education system has not escaped this disruption.

Hi, My name is Ruchi S. Kothari and I am a college consultant. I’d like the opportunity to discuss Five Tips your child can do to remain competitive in their college admissions journey as the higher education arena is currently in flux due to the Coronavirus. High school seniors are the ones most affected, as their application cycle in the Fall will be directly impacted and may prove to be consequently different from other cycles.

Simply, signup for a FREE 30-minute conversation with me. Grab your coffee (or any other drink you prefer) and let’s chat.

Sign up for the most current news on how the Coronavirus is affecting your college admissions, trends, and tips!

Hey guys, welcome to the episodes Be Collegebound with IvyBound! I’m your host, Ruchi S. Kothari. I’m super excited that you’ve joined me.

Listen to my most recent podcast or watch my video to pick up admissions tips, tricks, and secrets that I provide to get admitted into the college of your dreams, and create a future that you would love. Do you want to get into your dream school? Of course, you do.